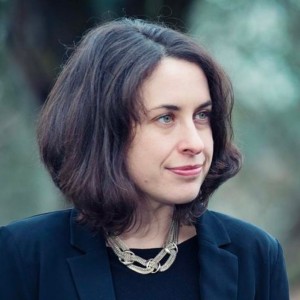 Louise Mallinder is a Professor of Law at the School of Law, Queen’s University Belfast. She is also the legacy theme leader in the University’s Senator George J. Mitchell Institute for Global Peace, Security and Justice.

Her research interests relate to the fields of international human rights law, international criminal law, and law and politics in political transitions. Within these areas of research, she has a longstanding and internationally recognised expertise in amnesty laws. Her monograph on this topic, Amnesty, Human Rights and Political Transitions: Bridging the Peace and Justice Divide (Hart Publishing, 2008) was awarded the 2009 Hart SLSA Early Career Award and was jointly awarded the 2009 British Society of Criminology Book Prize.

In recent years, in addition to continuing her amnesty research, she has worked on projects relating to the role of lawyers as transitional actors [https://lawyersconflictandtransition.org/], dealing with the past in Northern Ireland, and socio-legal research methods related to transitional justice. As part of multiple collaborative research projects, she has carried out fieldwork in a number of transitional contexts including Cambodia, Chile, South Africa, Israel, Palestine, Tunisia, Argentina, Uruguay, Uganda and Bosnia-Herzegovina. These projects were funded by the Arts and Humanities Research Council, the Economic and Social Research Council, the Nuffield Foundation, the Socio-Legal Studies Association, and the Department for International Development.

As part of this project on ‘Dealing with the Past in Northern Ireland’, Louise gave evidence at the Northern Ireland Affairs Select Committee (2019). She has also co-authored a number of collaborative papers with local NGOs and academic colleagues on legacy issues.

Louise is a Fellow of the Academy of Social Sciences and the Higher Education Academy. She is also a member of the Institute for Integrated Transitions Law and Peace Practice Group, the Royal Irish Academy's Ethical, Political, Legal, and Philosophical Committee, and the ESRC and AHRC Peer Review Colleges. In addition, she is a member of the Executive Committee, and former Chair, of the Committee on the Administration of Justice, a human rights non-governmental organisation based in Belfast, Northern Ireland.