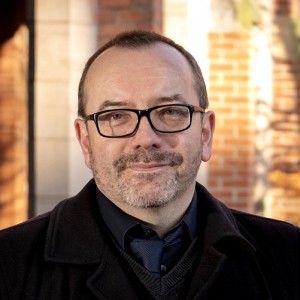 Kieran McEvoy is Professor of Law and Transitional Justice at the School of Law and a Senior Research Fellow at the Senator George J Mitchell Institute for Global Peace, Security and Justice, Queen’s University Belfast.

Having been awarded 8 AHRC or ESRC awards (four as Principal Investigator) since 2007, Kieran has conducted research in over a dozen conflicted or transitional countries’ contexts on topics including politically motivated prisoners, ex-combatants, victims, amnesties, truth recovery, human rights, restorative justice and the role of lawyers in conflict transition. He has written or edited six books, a four volume Handbook of Transitional Justice, five special issues and over sixty journal articles and scholarly book chapters. His research has garnered a number of awards including the British Society of Criminology book of the year award and the Socio-legal Studies Association article of the year, three times.

He leads the team working on ‘Dealing with the past in Northern Ireland’. This project, supported by the AHRC, Queens Business Alliance and ESRC Accelerated Impact fund has resulted in a range of practical and policy reports designed to assist the public conversation on these difficult and sensitive issues. Kieran has given evidence at the UK Defence Select Committee (2017), Joint Oireachtas Committee on the Good Friday Agreement (2018) and Northern Ireland Affairs Select Committee (2019). He has also co-authored a number of collaborative papers with local NGOs and academic colleagues on legacy issues.