Launch Event: Dealing with the Past: A Proposed Model for Information Redaction under the Stormont House Agreement

The ‘Fresh Start for Northern Ireland’ [link: https://www.gov.uk/government/news/a-fresh-start-for-northern-ireland]  negotiations concluded in November 2015 without reaching a consensus on how to implement the SHA past-related mechanisms.  In particular, there was political disagreement on the proposed redaction of sensitive information from reports going to affected families on the grounds of national security.

In 2016, representatives from the Committee on the Administration of Justice, the Pat Finucane Centre, Relatives for Justice, and Rights Watch UK worked intensively with academic colleagues from Queens University Belfast for a number of months to develop and refine a proposed model for dealing with the redaction of sensitive information.

These documents were passed to the UK and Irish Governments, but were not made public.

This conference presented these documents and offered an open discussion around their principles.

A team of researchers, led by Queen’s University Belfast, launched a model for information redaction together with criteria for restrictions on disclosure from the HIU designed to help politicians overcome the impasse on national security and dealing with the past in Northern Ireland.

The expert team, led by Professor Kieran McEvoy, from the Senator George J. Mitchell Institute for Global Peace, Security and Justice and the School of Law at Queen’s University includes academics from Ulster University and some of the key Non-Governmental Organisations (NGOs) in Northern Ireland. They have produced a proposed ‘Model Bill’ – a version of draft legislation outlining what dealing with the past related elements of the Stormont House Agreement (SHA) would look like in practice.

Under this proposed model, national security can never be used as an excuse to hide past illegal activities or actions that are simply embarrassing to government agencies.

The model recommends that the decision as to whether or not to redact sensitive information for families should be made by an independent judge or judges. Those decisions should be taken against specified legal criteria which balance the state’s legitimate national security concern with the families’ right to truth. That criteria should explicitly rule out the redaction of information relating to activities which are illegal or historical counter-terrorist techniques which are now obsolete. The decisions should be made following a hearing where the views of all of relevant actors including the families are properly legally represented.

Professor McEvoy, said: “We were deeply disappointed when the Fresh Start negotiations which concluded in November 2015 failed to reach consensus on the implementation of the SHA past-related mechanisms. However, together with a number of NGOs who work very closely with families directly affected by the conflict, we resolved to continue to try to help overcome the outstanding obstacles.

“Given the political focus on questions relating to the proposed redaction of sensitive information from reports going to affected families on the grounds of national security, we concentrated our energies on these and related matters. The issue of redacting sensitive information in the context of dealing with the past is complex and sensitive. However, with political will and some legal imagination, it can be resolved and we hope that our model may assist that process.”

The British government plans to issue a consultation document on the ‘real’ legislation in the coming weeks, with a view to the legacy bill being introduced in Westminster, possibly in the autumn of 2017. 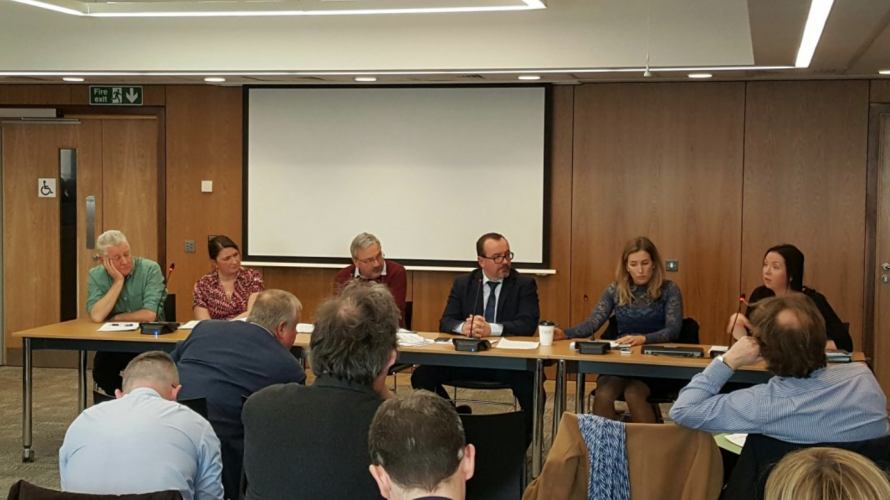 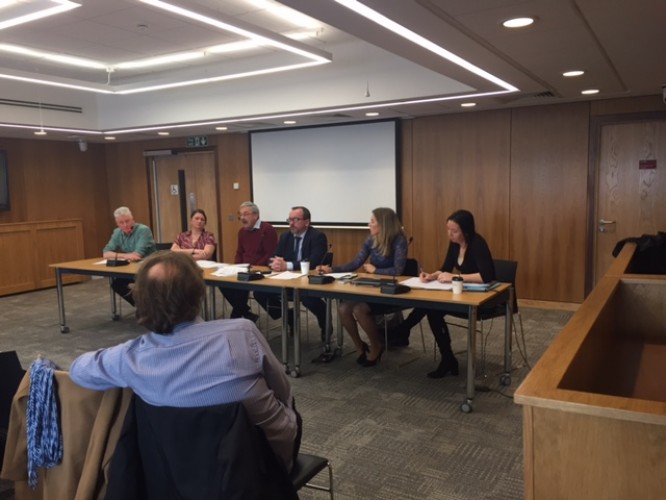 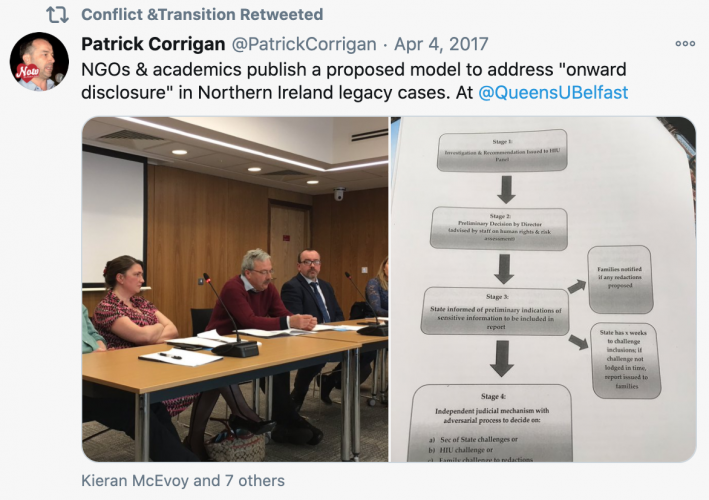 Independent Mechanism to Oversee Redactions for Dealing with the Past

Appendix 1- Keeping People Safe and Secure: Draft Criteria for Restrictions on Disclosure from the HIU to Families