Members of the Model Bill Team gave oral evidence to the Northern Ireland Affairs Committee as part of the Committee's scrutiny of the Government's own Draft Bill on the Stormont House Agreement. The session covered whether the proposals in the Draft Stormont House Agreement Bill could effectively achieve their stated aims, how the Draft Bill could progress in the absence of a Northern Ireland Executive and also the remit, powers and duties of the proposed Historical Investigations Unit, which would look at Troubles-related deaths.

You can watch the televised evidence here 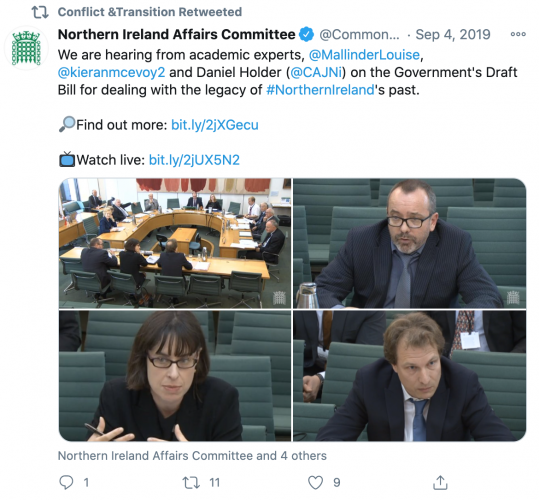 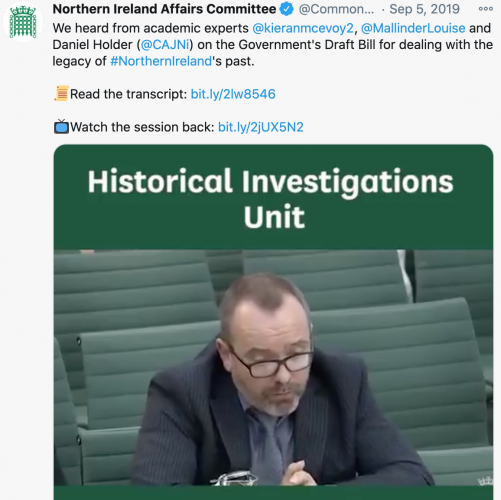 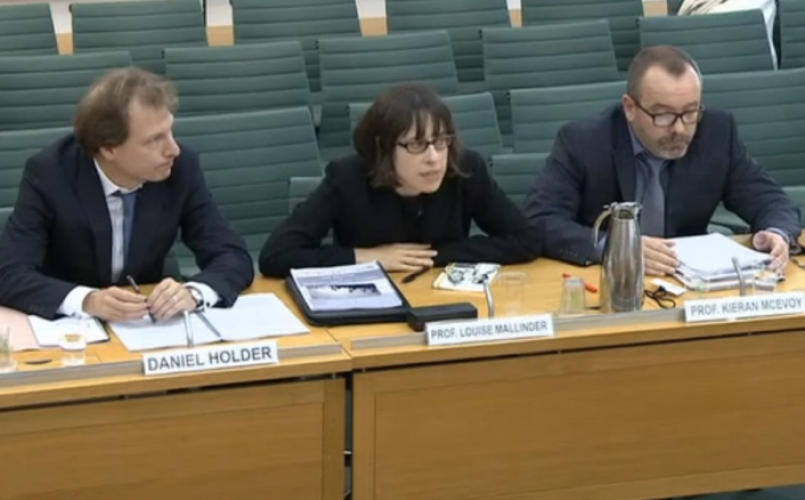